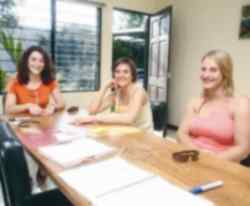 Spanish is the fourth most spoken language in the world and the most widespread dialect in South and Central America, making it a brilliant language to learn while you’re out there. As the language is very phonetic, you’ll pick it up in no time at all, quicker than you can count to diez! (that’s ten in Spanish by the way). It’s particularly useful in the smaller towns and villages in Latin America where people are only really fluent in their own native language and basic Spanish.

You can find language academies in most of the big cities in countries like Ecuador, Costa Rica and Peru.  A lot of these academies offer a home-stay option in which you get to board with a native Spanish-speaking family. This is an excellent and unique opportunity to really use and improve your spoken Spanish, as well as integrate into the traditional, family-orientated culture of the country.

As well as this, the schools often organize outings to cultural sites and activities designed to not only improve your Spanish, but also to meet the locals and get to know fellow students. Native students learning English are encouraged to speak with English-speaking students who are earning Spanish, creating a really effective, reciprocal and friendly way of learning.

As a large number of Latin American countries are relatively poor, a lot of programmes offering the chance to learn how to speak Spanish will often combine this with periods of volunteer work, usually teaching or helping underprivileged children.

Browse over 200 trips and 50 locations from the comfort of your own home! Send me a FREE brochure!